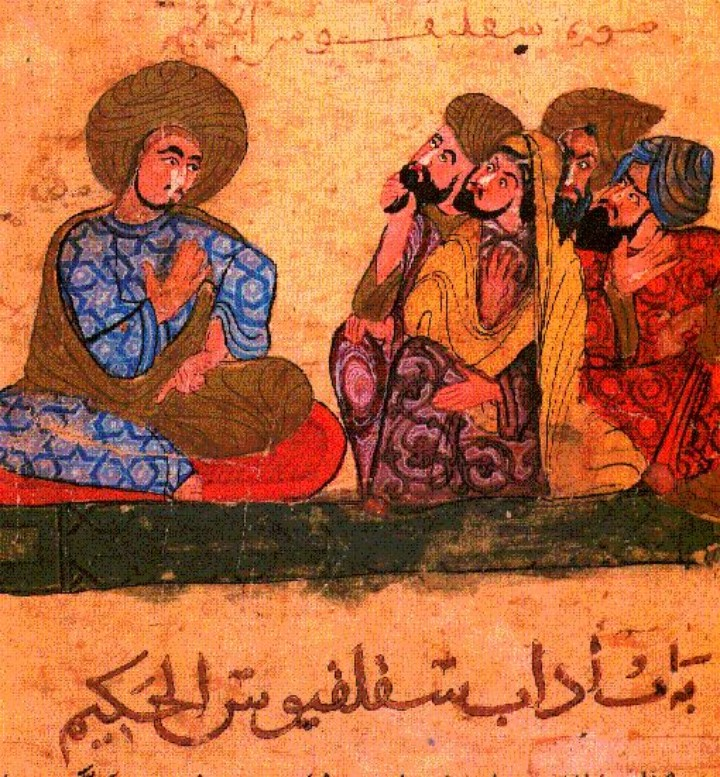 ʾAbū l-Walīd Muḥammad Ibn ʾAḥmad Ibn Rušd, known in the West as Averroes (via the Hebrew “Aben Rosh”), was born in 1126 in Córdoba, Spain, where he was educated in Islamic jurisprudence – his father and grandfather were both chief justices in the city.


He moved to Marrakesh, Morocco, and gained the patronage of the caliph 'Abd al-Mu'min, who was interested in educational reform. This was a problematic venture, however, as the government’s liberalizing movement was opposed by anti-philosophical theologians, and this increasing tension eventually led to Ibn Rushd’s banishment and the burning of his books. He was allowed to return to Marrakesh after two years, but died a year later in 1198.

Rationalism. Quoting verse 59.2 of the Qur’an, "Reflect, you have vision," Ibn Rushd believed that education should equip (some) people to enquire and reason rather than blindly accepting through faith. He argued that rational philosophy and the scientific method could explain natural phenomena, contradicting the theologians who asserted that natural phenomena could be attributed directly and immediately to God’s will. Note, however, that Ibn Rushd was not secular in the modern sense (and would have suffered worse than banishment had he been), but rather held that the laws that controlled nature had been designed and set in motion by God.

The soul is divided into five faculties: the nutritive, the sensitive, the imaginative, the appetitive and the rational. The rational faculty, which gives humans the ability to create, understand, and act ethically, moves from potentiality to actuality through a process called “intellectation”. The potential/material intellect passively receives forms through the senses, and thus activated, it grows through stages of habit and acquired thought, and eventually, through an ever-greater contemplation the eternal and the universal, the soul itself becomes eternal and universal.

Ibn Rushd agrees with Plato in The Republic that women should be educated, and regrets that Islam relegates them to childbearing. He believes that women’s participation in the economy, military, academy and government would be of great benefit to society. Ibn Rushd takes Plato to task, however, in not providing for the happiness of all levels of society. He believes Islamic Shari’ah is superior to Plato’s Republic in providing a variety of ways to know God and find happiness: not just the inner meaning which can only be interpreted by the metaphysician, but also the metaphor which is accessible to the uneducated believer.

For Ibn Rushd, there is no conflict between religion and philosophy – both are ways to the knowledge of truth, but each form of "literacy" is suited to a different kind of person. Philosophy, which requires more training and intellectual capacity, should be reserved for the elite. Religion, based in faith and expressed through metaphoric imagery, requires no special training if taken at face value, and is therefore well-suited to the masses. (As a tool to encourage the masses to behave ethically, he sees the Judeo-Christian focus on the spiritual rewards of heaven as inferior to the Muslim emphasis on the afterlife’s physical pleasures. But while he appreciates the artistry of this promise, he himself finds it hard to credit.)

Ibn Rushd earned the nickname “The Commentator” for his popularizing editions of Aristotle and other ancient philosophers, which were designed to make these texts more accessible to his contemporaries. Latin translations of his works were largely responsible for the rediscovery of these texts by the West in the 12th and 13th centuries, and while much of the Arab world grew more skeptical that society needed to read anything beyond the Qur’an and the hadith, Ibn Rushd eventually came to be considered "founding father of secular thought in Western Europe". He also wrote a medical text titled Generalities (general medicine), and invited his friend Ibn Zuhr to write a companion text, Particularities. Together these became the main medical textbooks for centuries in the Muslim and Western worlds.

Ibn Rushd distinguished between “the people of rhetoric” and “the people of demonstration”. The former, the vast majority, will take simple and superficial teachings at face value. The latter are able to follow complex philosophical reasoning, and need to be allowed to question more deeply. Overhearing these questionings would, however, be harmful the masses, who might misunderstand and fall into dangerous unbelief, so philosophical inquiry must be kept a guarded secret.

The son of the caliph, Abu Yaqub Yusuf, was well-educated but still complained that he found the Aristotle disjointed and obscure. He commissioned Ibn Rushd to write summaries and commentaries of the Greek philosophers to help people understand them better. If I were to speculate on Ibn Rushd’s examination techniques, which do not come down to us through the centuries, I might imagine him requiring his students to write their own original commentaries on ancient texts.

Ibn Rushd would be happy to see women more included in 21st century education. He might shake his head at policies that aim at providing the same curriculum for all students regardless of intellectual ability and moral agility. The unanswerable question is whether he would be relieved by the secular nature of many modern education systems, or would be dismayed by the removal of God from the pursuit of knowledge. As it is impossible to tell at this distance whether his own religious faith was a political obligation or something deeply felt, we must leave this question open.