A Report on Knowledge

Eight key concepts from Jean-François Lyotard's The Postmodern Condition: A Report on Knowledge (1979): 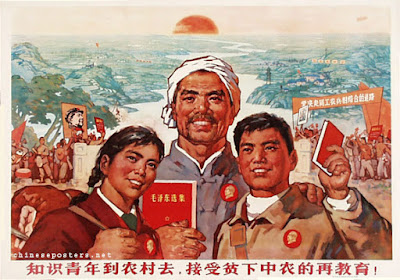 In The Postmodern Condition, Jean-François Lyotard reminds us that the generation and transmission of knowledge is not a frictionless abstraction, but a human activity that costs time, effort and money. In the “modern” era, we justified that cost through a belief that knowledge brought us closer to something even larger: the “Emancipation of the people,” say, or a unified Idea of truth and justice. Yet Lyotard argues that we have entered a new era in which we no longer put stock in such “grand narratives”, an era he therefore dubs “postmodern”.

“I will use the term modern to designate any science that legitimates itself with reference to a metadiscourse of this kind making an explicit appeal to some grand narrative, such as the dialectics of Spirit, the hermeneutics of meaning, the emancipation of the rational or working subject, or the creation of wealth… Simplifying to the extreme, I define postmodern as incredulity toward metanarratives.” (p.xxiii) 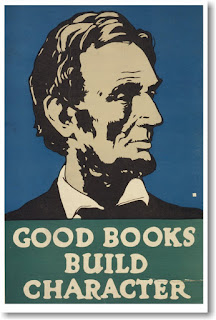 Where once the concept of education embraced a broad and fuzzy process of intellectual maturation, enculturation and even spiritual growth, Lyotard fears knowledge is being reduced to an economic good. We increasingly weigh the “use-value” of knowledge (its intrinsic value to its holder and to society) less than its “exchange-value”, in the form of an individual worker’s marketable skills (“payment knowledge”), or of knowledge enabling an organization or nation to improve its efficiency and future well-being (“investment knowledge”). Lyotard also sees this commoditization as setting the stage for conflict between the traditional State and the new multinational corporation over the control of information.

“We may thus expect a thorough exteriorisation of knowledge with respect to the ‘knower,’ at whatever point he or she may occupy in the knowledge process. The old principle that the acquisition of knowledge is indissociable from the training (Bildung) of minds, or even of individuals, is becoming obsolete and will become ever more so. The relationships of the suppliers and users of knowledge to the knowledge they supply and use is now tending, and will increasingly tend, to assume the form already taken by the relationship of commodity producers and consumers to the commodities they produce and consume – that is, the form of value.” (p.4-5)

Lyotard specifies that what he means by knowledge is not simply learning, science, teaching or research, although it embraces all of these activities. Knowledge gives us the ability to go beyond mere regurgitation of facts or assertion of truth (“denotative utterances”), to venture assertions of justice (“prescriptive utterances”), of efficiency and even of beauty (“evaluative utterances”). These utterances are very different kinds of “moves” in “language games” with very different rules, any one of which can be used to justify or legitimate the aforementioned learning, science, teaching or research. 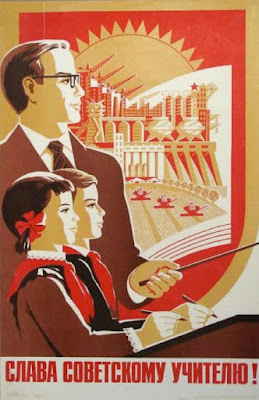 Lyotard identifies performativity (or efficiency, i.e. greater output for less input) as the most popular justification in capitalist society. For example, what he calls the “research game”, which requires funding because it is not inevitably or immediately profitable in itself, is nevertheless required by its state or corporate funders to provide evidence of its long-term contribution to the improvement of efficiency and the growth of profit or power. Lyotard believes this choice of justification has a chilling effect on the advancement of knowledge, creating a “terrorist” system in which researchers avoid bold moves for fear of being removed from the game.

“Research funds are allocated by States, corporations, and nationalized companies in accordance with this logic of power growth. Research sectors that are unable to argue that they contribute even indirectly to the optimization of the system’s performance are abandoned by the flow of capital and doomed to senescence.” (p.47)
5. Paralogy is the Answer

Lyotard’s distaste for totalizing metanarratives leads him to conclude that a better justification for knowledge is the pursuit not of performativity, but paralogy, the multiplication of ideas, “little narratives”, perspectives and possibilities. He stresses that paralogy is not simple innovation, a goal-oriented and profit-oriented activity, nor is it a multi-vocal conversation aimed at eventual consensus, but rather the never-ending generation and dissension of stories and ideas, many of which will have no immediately obvious value.

Landing squarely on the number-one fear (or hope) raised by an examination of knowledge in computerized societies, Lyotard starts with the assertion that a computer might be able to take over the more didactic parts of a teacher’s duties. However, education is not just about imparting information or professional skills-training, but also stimulating imagination and invention, something a human is better suited to than a machine. And yet Lyotard points out that the latter type of learning need not take place in a university at all, so perhaps the question is not whether teachers will be replaced by technology, but by teamwork.

“[T]he process of delegitimization and the predominance of the performance criterion are sounding the knell of the age of the Professor: a professor is no more competent than memory bank networks in transmitting established knowledge, no more competent than interdisciplinary teams in imagining new moves or new games.” (p.53) 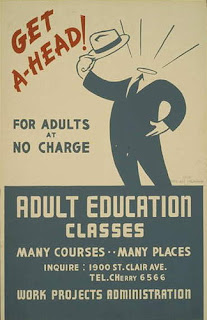 Whoever is doing the teaching, Lyotard sees the societal trend toward short-term contracts as changing the timeframe of education. Whereas once people received all their training in one extended early period, now they are more likely to need retraining at several points during their working life (given the flexibility demanded by the late-capitalist economy, quite a number of points). Yet this new model of education is likely to privilege workforce training over the formation of well-rounded, thoughtful citizens.

“In the context of delegitimation, universities and the institutions of higher learning are called upon to create skills and no longer ideals … The transmission of knowledge is no longer designed to train an elite capable of guiding the nation towards its emancipation, but to supply the system with players capable of acceptably fulfilling their roles at the pragmatic posts required by its institutions.” (p48) 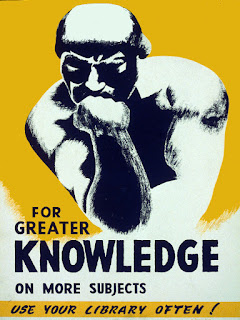 8. Information Ought to be Free

At the end of his investigation Lyotard raises the spectre of a future society where computers enable the complete privileging of the performative criterion, of calculation and control. Over a decade before the world wide web, though, he also imagined how open-source information-sharing could power an infinite variety of human endeavour.

“[T]he computerization of society… could also aid groups discussing metaprescriptives by supplying them with the information they usually lack for making knowledgeable decisions… [by giving] the public free access to the memory and data banks.” (p.67)


How might some of Lyotard's ideas still be useful for understanding education/learning/the world today?

Lyotard’s lenses on the various “values” of knowledge are highly relevant to the ongoing debate on funding for higher education. A grasp of the concepts of “exchange-value” and “use-value” makes it easier to contextualize arguments that the job market should dictate what the nation pays for its youth to learn, or that all academic research should feed back into industry.

That said, for all Lyotard’s belief that we have moved beyond grand narratives, neoliberalism has created its own all-devouring metanarrative of market efficiency, and if paralogy hopes to make a counter-move in the language game of education, it needs to tell a more compelling story.

We are also living squarely in the age, not of IBM satellite belts orbiting the earth, but of Mother Google providing everything from Google Apps for primary students, to the perpetual “continuing education” of the average adult’s search-engine reflex to any question – all for “free”. While it’s impossible to know how paranoid is too paranoid in such a world, we should never stop asking Lyotard’s questions, “Who will have access to them? Who will determine which channels or data are forbidden?... Who will know?” 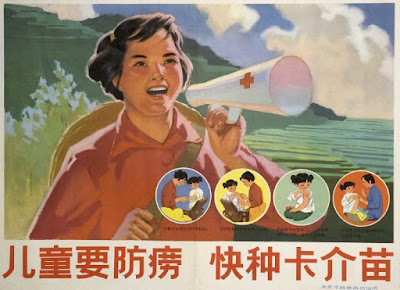 Finally, on a more personal note, I found Lyotard's concept of the antagonistic relationship between scientific knowledge and narrative knowledge fascinating from the perspective of the vaccination debate. The resentment of those who feel their narratives (for example, the notion that vaccines cause autism) have been unfairly dismissed by scientists as unsubstantiated fables was cast in the new light of “the entire history of cultural imperialism from the dawn of Western civilization.” That doesn’t make such narratives any more scientifically valid, but it is a useful perspective on their history and appeal.