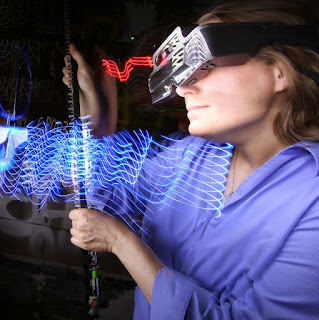 Alison Humphrey plays with story across the fields of drama, digital media, and education.

As a PhD candidate and Vanier Scholar in the department of Cinema and Media Arts at York University's School of the Arts, Media, Performance and Design, she is currently working on a research-creation doctoral project titled "The Shadowpox Storyworld as Citizen Science Fiction: Building Co-Immunity through Participatory Mixed-Reality Storytelling."

Shadowpox forms part of the multi-year interdisciplinary initiative <Immune Nations>. In a review of its exhibition during the World Health Assembly in Geneva, Switzerland, The Lancet called Shadowpox "undoubtedly one of the most powerful and playful ways to illustrate both the individual and population-level implications of community immunity." (Please see shadowpox.org for more.)

Alison holds a BA from Wellesley College in American studies (political and legal thought) with a minor in studio art; an MA in interactive multimedia from the Royal College of Art; and an MFA in theatre directing from York University, where her thesis production of A Midsummer Night's Dream used motion-capture technology to weave real-time 3D computer animation and digital effects into live performance. 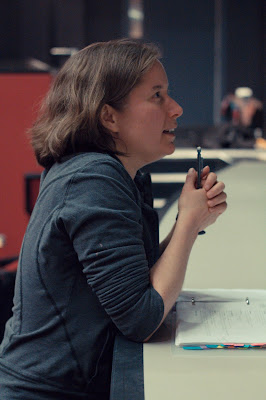 She started her career as an intern at Marvel Comics, worked as a writer on 115 episodes of Global TV's improvised "instant drama" Train 48 (where she initiated one of the earliest transmedia blogs in a TV series), and produced one of the first alternate reality games for Douglas Adams's Starship Titanic (whose community-created storyworld has continued to evolve for two decades, as chronicled in The Economist: "Emergent systems: The forum at the end of the universe"). As a story editor for Sarrazin Couture Entertainment, she developed drama series for CBC, CTV and ABC, and as a research associate at York University helped with the launch of a new collaborative e-learning system.

Theatre work includes assistant directing with Katie Mitchell at the Royal Court Theatre, Stephen Unwin at the English Touring Theatre, and Carey Perloff at the American Conservatory Theater and the Stratford Shakespeare Festival (where she won the Elliott Hayes Award). Directing includes the UK premieres of James Reaney's The Donnellys at the Old Red Lion Theatre and Normand Chaurette's The Queens at the Royal Shakespeare Company Fringe Festival in Stratford-on-Avon. Alison was director and co-writer with Pascal Langdale on two interactive live-animated sci-fi theatre projects: Faster than Night (Harbourfront Centre, Toronto), and The Augmentalist (Augmented World Expo, Silicon Valley). 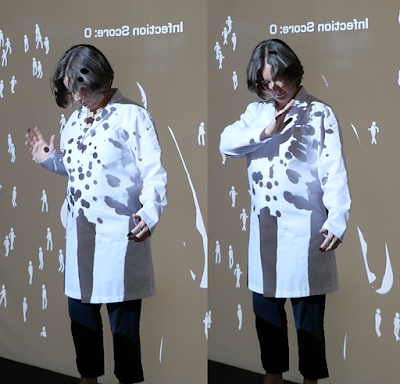 • "Building Co-Immunity in Wiikwemkoong and Masiphumelele: Participatory Science Fiction to Inoculate the Civic Imagination" at the Humanities, Arts, Science, and Technology Alliance and Collaboratory conference, University of British Columbia.

• "VFX, Infection, and Affect in a Co-Created Superhero Storyworld" at the conference Emergency and Emergence, School of Cinematic Arts, University of Southern California

• "Imagination, Inoculation and the Politics of Co-immunity" at Cultures of Participation – Arts, Digital Media and Politics, Aarhus University, Aarhus, Denmark

• "Sci-Fi Insights on Co-Immunity" at The Art and Science of Immunization, Jackman Humanities Institute, University of Toronto

• "The Technologized Playwright" at the Playwrights Guild of Canada Conference, Montreal, Quebec 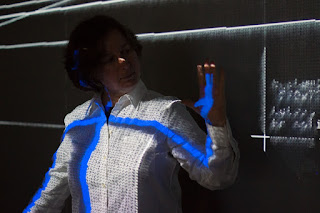 Her blog is an erratically-updated collection of thoughts and pixels, sometimes even mentioning her dissertation research, but just as often not.