"Naturalism is a good word for a bad idea. Art is to do with transformation."

In our first and latest posts, we explored how motion capture and real-time animation works. But we haven’t really talked about why one would want to use it in live performance, or what stories it tells best.

These are key questions. Live animation takes a lot of extra work and costs a bomb. It makes it hard to describe the show to theatre audiences (other parts make it hard to explain to game designers and 3D animators). And it affects the story in a fundamental way. Or at least, it should. Otherwise you’re just sprinkling digital pixie dust on top of a play and hoping no one will notice the story would be better told in television or videogame or non-mocap-theatre form.

Throughout the script development process we’ve asked again and again: why are we telling this story with this technology?

Performance capture has traditionally been used for movies with supernatural or fantastical characters: Gollum in Lord of the Rings, the Na’vi in Avatar, Caesar in Rise of the Planet of the Apes, Davy Jones in Pirates of the Caribbean, and the Hulk in The Avengers: 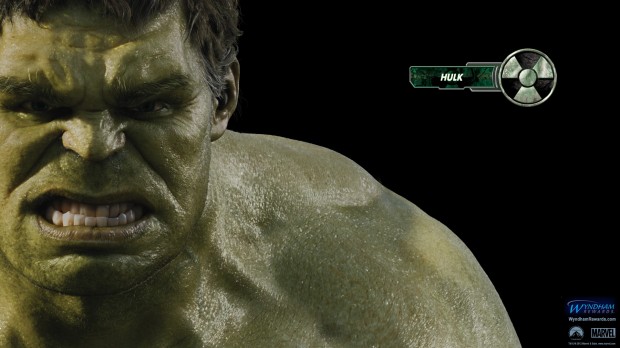 But for a naturalistic human character, filmmakers still usually prefer to shoot a real human actor. This is partly because it’s cheaper, and partly because of the peril of the uncanny valley, wherein the closer a computer-generated model gets to photorealism, the more disturbing it looks: 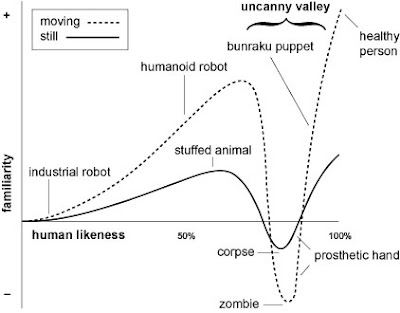 In videogames, where the nature of interactive narrative makes it unfeasible to shoot every possible branching story variation, human-looking digital doubles are more common. 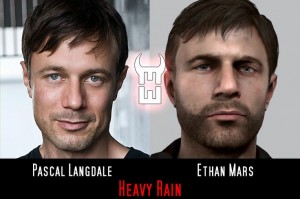 So how does motion capture fit into theatre? The short answer is, not easily. The modern stage tends to stick to certain kinds of stories. Kitchen-sink realism has been the dominant theatrical lifeform for generations. I’m not sure why. Maybe because it’s cheaper, maybe because it seems more grown-up and respectable.

But it wasn’t always thus. Before celluloid split drama into two solitudes, stage and screen, theatre was teeming with the supernatural, the fantastical, the mythological, the magical.

Ancient Greek theatre had its satyrs in the satyr plays. The Erinyes (the original "Avengers") in The Eumenides. The god Dionysus in The Bacchae.

Shakespeare put fairies and an animal-headed man into A Midsummer Night’s Dream; witches into Macbeth and Henry VI parts 1 & 2; ghosts into Hamlet, Richard III and Julius Caesar; and spirits into The Tempest. 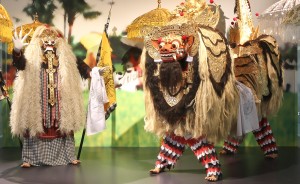 South and east Asian traditions have kabuki ghosts, the Monkey King, and the Balinese witch Rangda battling the lion-spirit Barong.

In fact, The Lion King director Julie Taymor drew on her early experiences in Bali, and her fascination with Japanese bunraku theatre, when creating the stage version of Disney’s big-cat Hamlet. Her staging feeds the audience’s joy at watching a puppeteer and a puppet at the same time, a phenomenon she calls the “double event”. 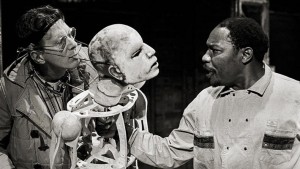 Handspring Puppet Company similarly designed its War Horse to reveal the puppeteers within. With all due respect to Spielberg, that made the stage version infinitely more fun than the movie. We know it’s not a real horse, but like Fox Mulder, we want to believe. The same team has created human puppets for plays like Tooth and Nail and Or You Could Kiss Me, but like their animals, these are still stylized rather than naturalistic.

Motion capture has been used on stage by Disney theme parks (Stitch Live!) and Dreamworks musicals (Shrek the Musical’s Magic Mirror), but both of these seek simply to reproduce characters from animated movies in a live performance setting.

Faster than Night is similar to these Beckett body-parts in that the real-time animation shows only the head of astronaut Caleb Smith, as he banters with his spaceship’s artificial intelligence and his Earth audience from inside his hibernation pod. But we hope it shares even more with Krapp’s Last Tape – a story that is inextricably enmeshed with the technology used to tell it.

Beckett wrote that play in 1958 after seeing his first reel-to-reel tape recorder at the BBC. He became fascinated, like Atom Egoyan, by “human interaction with technology… the contrast between memory and recorded memory.”

We hope Faster than Night also tells a story about human interaction with technology. About art and transformation. About escaping the gravity of realism.

What story is that?

Please join us in the theatre on May 3rd to find out...

Then tell us whether you think the what fit the how. And why.