In the UK, I’d be called a “jobbing actor”.  That means that I work across all sorts of media, picking up a wide variety of acting work that provides a steady income.  I have worked in corporates and commercials, stage, film and TV, and interactive games. Going a little further back, I have published poetry, written a radio play, co-produced movement-based theatre, headed a flamenco company, and once danced with Cyd Charisse.  In my early thirties I studied nonverbal behavior and re-appraised my acting techniques.  When I say I’m a RADA graduate, I sometimes think people expect a more traditional actor – a style or a working process which I can also embrace when necessary.

Every form I've worked in has certain established rules and conventions, developed over years (or centuries) to serve the best interests of storytelling within that medium. Each has its own artifice, relies on a shared experience, and requires adaptation of the core craft of acting.

So it was with a jobbing actor’s irreligious approach that I made friends with the newcomer on the storytelling scene: performance capture.  In this medium, the rules and conventions are still being established, found wanting, re-established, changed, superseded and hotly debated.


In Faster than Night, my character Caleb Smith, a cross between Tony Stark (Iron Man) and Chris Hadfield (THE man), relies on social media to help decide his fate in a life-or-death situation.

With this show, we're exploring whether performance capture can play nice with traditional theatre to create a new form of interactive storytelling for live (or live-streamed) entertainment, and a new role for an engaged audience.

Now, no individual element of our production is entirely new. Faster than Night's constituent parts have a broad history.  Our live-animation technology is cutting edge, the result of an explosion of development in the field of facial capture and analysis over the past twenty years. In the past three, the range of capture systems available has expanded, offering greater options for quality at differing price-points. Facial capture tech is becoming democratised, and this key component of human-driven animation is finally reaching the hands of a new generation of artists and producers.

As soon as facial capture became advanced enough to animate in real time with some quality, the potential to fuse video-game and film technology with theatrical storytelling became inevitable. 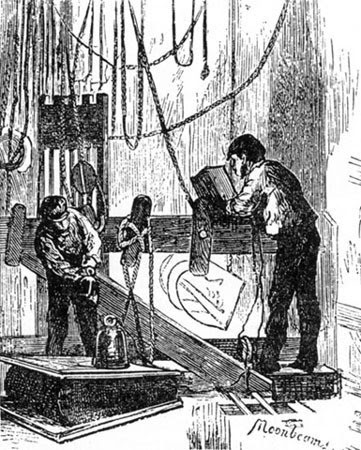 Theatre has always grabbed whatever innovative tech could help tell the story – from Greek masks that allowed a character to be heard and seen from the back of a large open-air amphitheatre, to painted backdrops and gaslight.

Why should we stop with digital capture? In recent years video games have created a desire for direct influence over a narrative,  and social media has provided a platform to share your feelings about it. Where earlier artists would have needed a show of hands to decide a voted ending, Twitter allows us to canvass the opinions of countless viewers.

Tweets have been used as source material in theatre productions (#legacy, one of our fellow HATCH productions, being the most recent – so recent it hasn’t even opened yet!). The viewer-poll competition format, used most famously on American Idol, is spreading to shows like Opposite Worlds or even the scripted TV drama Continuum.

Interactive story as created by video-game developers, and writers of choose-your-own-adventure books, must fix its narratives in stone. However beautifully executed, they can only give a finely-crafted illusion of unlimited freedom. An ancestor of the interactive game can be found in theatre, which has a longer heritage of improvisation and audience participation. The British have a long history of music hall and panto, where a rougher but no-less-organised form of audience participation is part of the entertainment.  (Did I mention my first job at the age of 17 was in a pantomime?) 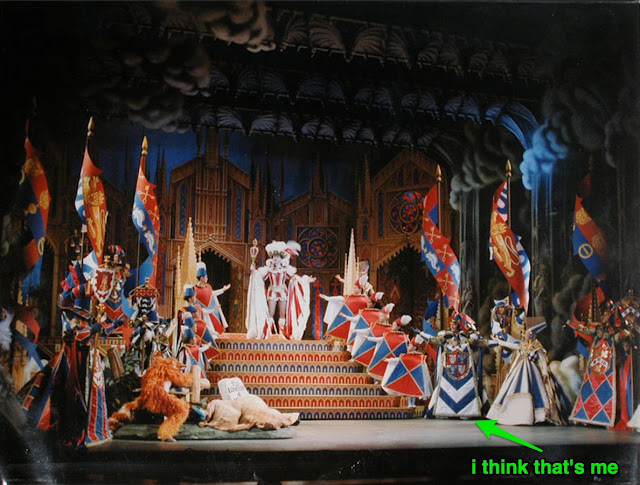 The first vote-based multiple-ending play was written by Ayn Rand in 1935, a courtroom drama in which the jury was drawn from the audience.  In the 1970’s, Augusto Boal anticipated the internet-enabled art of flash mobs with Invisible Theatre, “in which an event is planned and scripted but does not allow the spectators to know that the event is happening. Actors perform out-of-the-ordinary roles which invite spectators to join in or sit back and watch.”

Despite the use of Twitter interaction or facial capture animation, our core goal remains primal: to tell a good story. If we fail at that, all the cutting-edge tools we might use become a mere distraction.

Yet wherever linear narrative is challenged, sharing a satisfying story becomes notoriously difficult.  I will be learning forty pages of a script that occasionally leaps into improvisation with the audience through their ambassador, @ISMEEtheAI, voiced by Melee Hutton.  Learning a script is a challenge, but it’s one I at least know the measure of. Playing an interactively-led character presents a number of far less familiar challenges, which (even more than the performance capture) is why this show is particularly experimental. The interactive aspects demand our greatest attention, and our boldest moves.

Here’s an example – a scan of my own re-typed script from Heavy Rain, an interactive game or movie with multiple narrative paths that led to one of twenty or so differing endings. 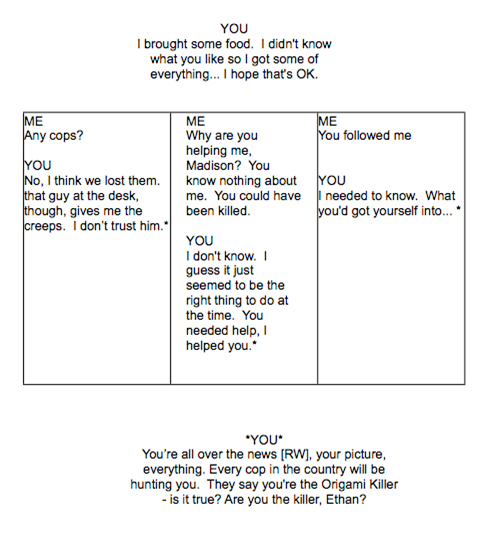 As an actor, and as a person, understanding behaviour relies on a certain level of causality.  For example, a mood:  “I’m in a bad mood, so I snap at my partner.” Or a learnt pre-condition:  “I had a violent father, so I struggle with authority.” Or a hardwired precondition: “I am genetically predisposed to bouts of euphoria.” All these are examples of what can cause behavior.

In the script above, the player had three choices for how my character Ethan Mars could interact with an unknown “helper”, Madison.  Going from left to right, Ethan (1) seeks basic info, (2) wonders at her selflessness, and (3) suspects her motives.  These are quite different (although there are more examples of more extreme differences elsewhere), and demand that the acting choice in the moment before the player choice be appropriate for all three options. Moreover, each acting choice must also finish off in a way that is consistent with Madison’s response.


The lack of pre-decision required in this situation is not as foreign to an actor as one might think. Many actors strive to be “in the moment,” to imitate life itself.  Not knowing a character’s full behavioral palette is also not uncommon. Playing the character Karl Marsten in Bitten, I did not receive scripts for all thirteen episodes in advance. This is par for the course for a TV series, but even though this one was based on a series of novels I could pick up and read anytime, some characters’ fates departed radically from those in the books, in order to better serve the unique needs of television storytelling.


When a pre-scripted, pre-recorded game story with multiple endings is developed, the creative team try to set up a balance among the player’s possible choices, a “neutral”, making sure that each of them is equally plausible and possible. The nature of live theatre means we don’t need an astronomical budget to shoot every possible outcome. This lets us open up to more variety of audience input, more freedom, more chaos.

Live theatre also means the audience’s final choices can no longer have guaranteed neutral preconditions, because they may have been biased by an unexpected experience that night, something that didn’t happen any other night. A comment, a look, a pause, even a cellphone ring, could pull the audience’s attention away from a vital piece of balancing information, or push them towards a particular relationship with Caleb, ISMEE, Xiao-Xing, or Dmitri. Every show changes, because every audience changes.

So we need you. Yes, we need people with smartphones who, if not already familiar with Twitter, are willing to give it a try. But more than that we need an audience willing to engage. Become an active participant, and if the experiment is successful, you’ll come away feeling emotions that are harder to come by with passive entertainment: guilt, endorsement, responsibility, vindication, shame, or triumph.

If you’re up for that, start following @ISMEEtheAI on Twitter, and bring your phone along to Harbourfront on May 3rd, ready to participate in your own unique experience of our show.

–
Pascal Langdale is an actor, producer and writer on Faster than Night.